The Cutting Of The Mistletoe For The OBOD Winter Gathering 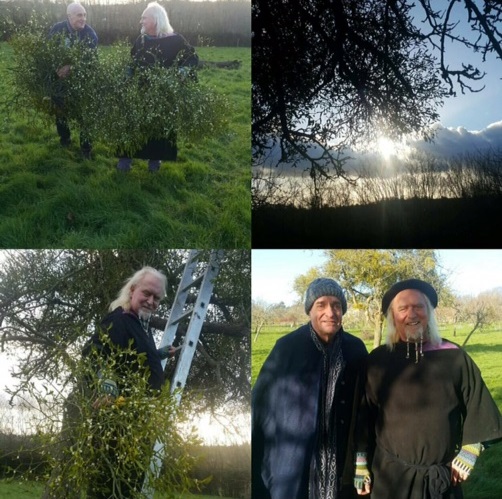 Friday, the 10th of December was one of the most important and meaningful days in my ritual calendar and are perhaps one of the most significant events that occur within my ritual life. The cutting of the mistletoe for the OBOD winter gathering. JJ, Fleur and I headed for the apple orchard nestling on the slopes of the ancient valley of Chew, just a couple of miles from Stanton Drew stone circle.

The owner of the orchard, a lady called Bryony, generously bestows upon us this gift of harvesting as much of the sacred plant as we need, to decorate Glastonbury Town Hall and for 150 or so druids to take a piece back to their homes, groves and seed groups, to bring the blessings of All Heal (Mistletoe) into their own solstice ceremonies.

The whole experience of honouring the apple trees, which have acted as hosts for this sacred plant, was, as always, a moving and timeless experience that transported my senses back thousands of years ago to a time of no cars, no electricity, air pollution, shopping malls, and no people other than we three,  and the Spirits of Place.

The four deer that bolted for cover, watched from hidden places, and the beautiful silence was broken only by our intoning of the Awwen, and the blessings and prayers that we offered to the elemental beings, who were so obviously present. The deep sense of following in this ancient tradition and being so connected to the land was at the very least, profound and at best totally transformative.

Myself, JJ and Fleur were intrinsically connected to, the spirits of the trees, the watching ancestral ghosts, the hawk of dawn souring in the clear pure sky above the apple orchard , the beautiful flash of the cobalt blue wings of the jay as he flitted from tree to tree all made for a snapshot of real magic, Time out of time.

Mistletoe was known as all heal by our ancestors, Medical science, is at this moment exploring possible cures for cancer from within the secrets of this mysterious plant that lives between the heavens and the mother Earth. The sperm-like goo, from the squashed berries, offering us a glimpse of new beginnings, new life to come forth from the rebirth of our mighty Sun god (son of God) on the 21st of December.

This Plant has an intrinsic relationship with its hosts although predominantly a parasitical experience for the tree, the berries are of great importance to a variety of Birds, in deep midwinter when nourishment is scarce . Preferring to grow upon the apple, Oak in very rare circumstance, the Ash and sometimes poplars and can even be seen occasionally in hawthorn.

Twas said that the ancients would harvest the mistletoe from the Oak using a golden sickle. We came close in that we did have a sickle, but for simplicity resorted to using a tiny golden saw. We prevented some of our harvest from touching the ground until that point in our ritual whereby, after 5 other druids had blessed the assembled throng in their native language which included French, Flemish, Irish, Welsh and English, we symbolically touched our fruits to the land, thus impregnating our mother with next year’s harvest.

At that moment, I felt her tremble, and that almost orgasmic reaction rushed through my whole body. When we gathered behind the stage to hug and to disrobe, I was touched to see that like myself, most of us had tears of joy running down our faces. The joy in watching the assembled Druids, collecting the Mistletoe to take away to their individual grove`s gave me a warm inner smile, some of our harvest went all over Europe and has even sprouted on trees in Holland and other countries as some have chosen to smear the berry’s on the trees in their own gardens .

May All Heal bless us all. And bring peace throughout the whole world 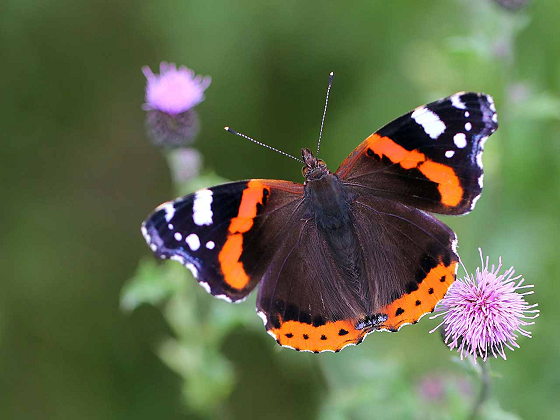